Houston, We Have a Pumpkin. 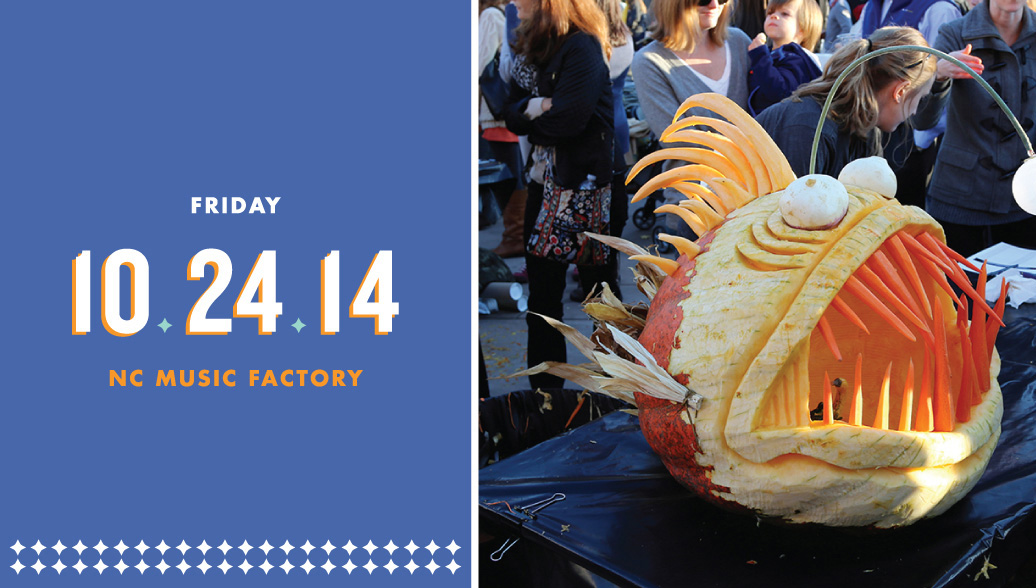 Last Friday, it was gourd against gourd as the Moonlight crew returned for our second year of GUTS. Charlotte area designers gathered at the NC Music factory for some fast and furious pumpkin carving while raising money for Make a Wish of Central and Western NC.

We brought our A-game (literally—we dressed as astronauts), props and pumpkins, then cut, skewered, punched and scraped for 90 minutes. 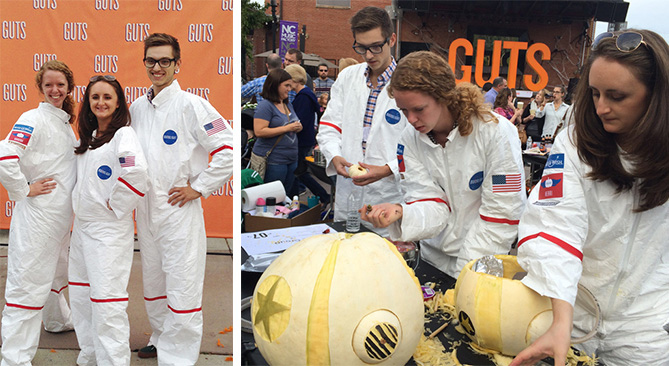 At the end of the battle, our space-themed diorama was complete with space backdrop, pumpkin planets and carved astronaut helmets. We even had a few models.

The competition was fierce and even though we didn’t win a trophy, we had a great time hanging out with our fellow designers and raising some money for a worthy cause.